History of the Library

The vision for a public library in the town of Three Lakes formed out of the establishment of the local Women’s Club. After creating the club in 1946, its members made organizing a community library their first priority. For three years the women collected books donated by residents and vacationers, and in June of 1949 the Free Library officially opened to the public. Having no building of its own, the library used Three Lakes School’s first grade classroom. However, as the coming school year approached, a new location had to be found. The Congregational Church invited the library to use the free space in the church’s basement. A year later, in 1950, the library appointed its first paid librarian and expanded its original hours of operation. The library remained in the Congregational Church until the spring of 1956 when the collection outgrew the space available. A home on Virginia Street hosted the library for two years, and during that time, the Women’s Club appointed its first library board. 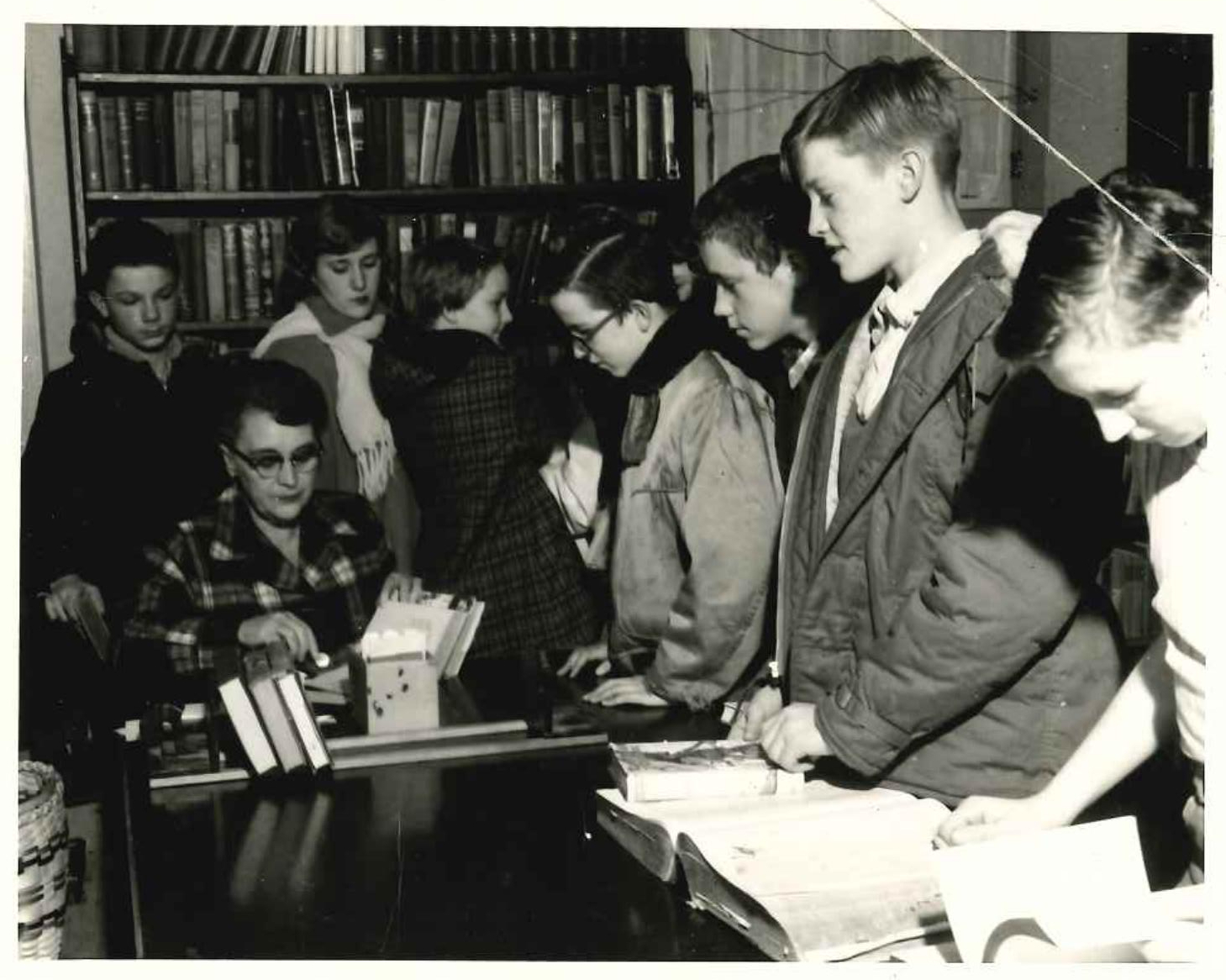 In the basement of the Congregational Church (1956). 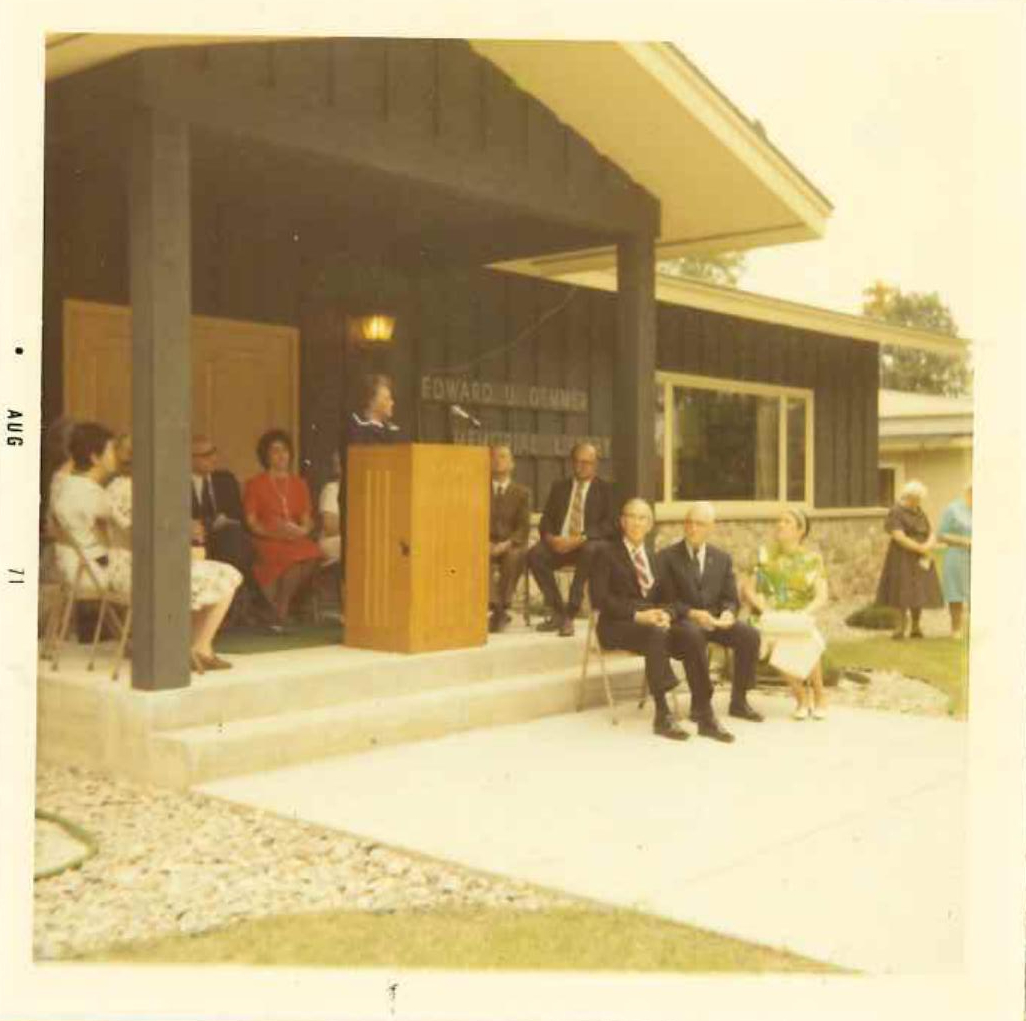 The dedication of the Edward U Demmer Memorial Library (1971).

In the winter of 1958 the Town of Three Lakes finished constructing a new civic building and welcomed the library inside its walls. Shortly after, management of the library transferred to the town. For nine years, while inside the civic building, the library’s impact within the community grew. Notably, in 1964 the popular Children’s Story Hour began: a proud tradition that remains a part of the library to this day. By 1970 the library’s collection had once again outgrown its space. As the library board searched for a new location, a Vilas County News article featured the cramped conditions of the library. That article captured the attention of the Edward U. Demmer Foundation and the Demmer family who arranged a meeting with the library board for a tour Three Lakes and its library. After touring the community, the Demmer family decided to build a 2 level library for the community, determining the lot next to the civic building to be the best location. Construction happened quickly, and in 1971 the Edward U. Demmer Memorial Library opened its doors to the public.

Since the construction of the original building, the library has seen two major upgrades. In 1987 an addition was added to the Northwest side of the building to accommodate collection growth and to create office spaces for staff. And in 2009, a gift from the estate of Lawrence Demmer, the son of Edward U. Demmer, kicked off a building renovation and expansion project. This project finished in 2019, adding 2 large meeting rooms, 3 study rooms, a “Libratory” interactive room, a Local History room with a connected Historical Museum visitor center, and an expanded children’s section. 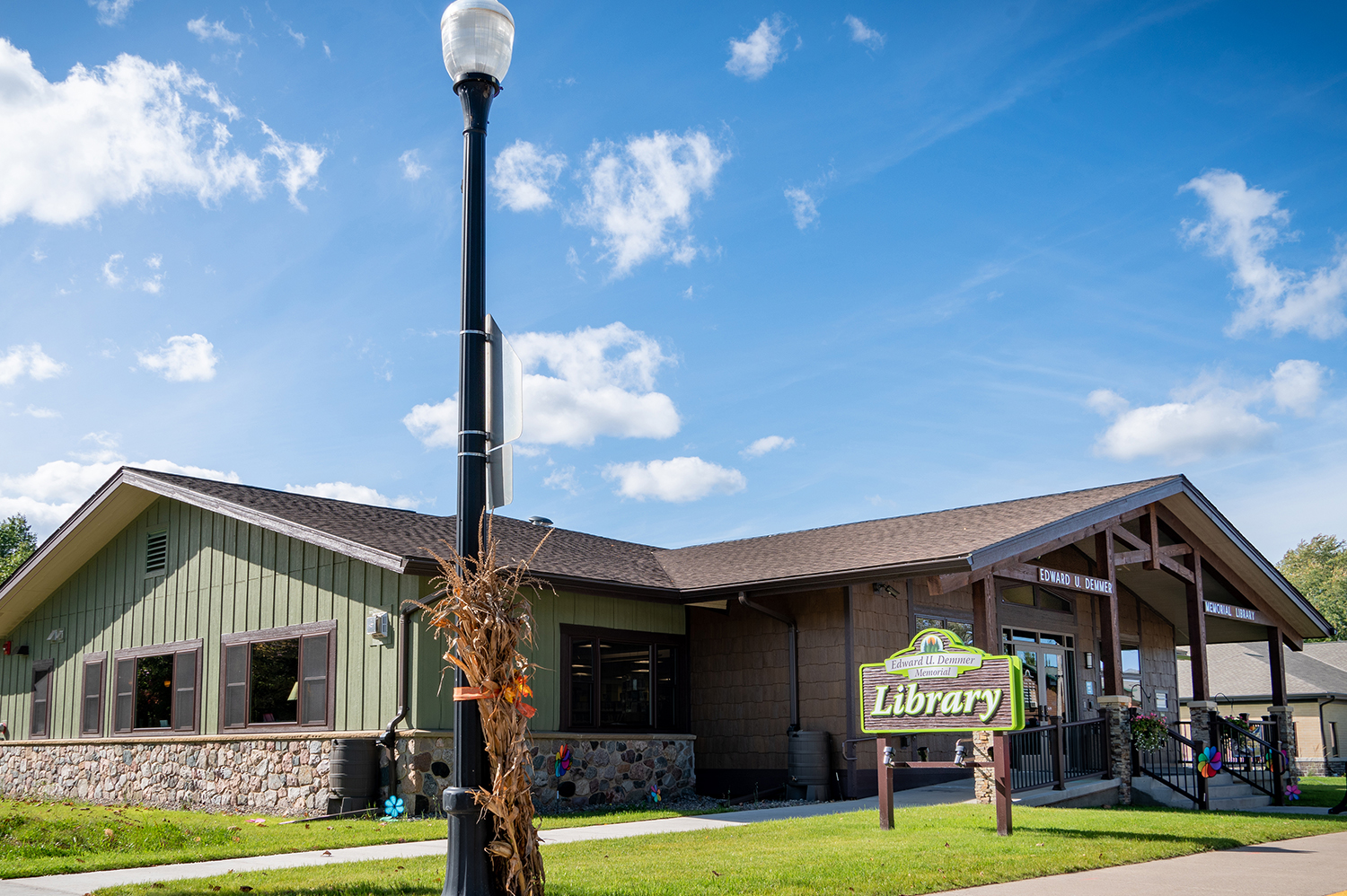